“Future Trailer has shown an exemplary approach to improving cooperation in intermodal transport,” said Enak Ferlemann (CDU), Parliamentary State Secretary in the Federal Ministry of Transport, at the closing event of the “Future Trailer for road and rail” research project in Berlin. The aim of the project was to significantly increase the degree of compatibility between pocket wagons and trailers for smooth intermodal transport in the future so that in future a semi-trailer can be used flexibly both on the road and on the rail.

The project team consisted of representatives of the trailer manufacturers Krone and Schmitz Cargobull from Germany and Schwarzmüller from Austria. In addition, TX Logistik AG, a transport company specializing in rail freight transport, was acquired. Initiators were the forwarding agency Zitzlsperger and the LKZ Prien. Within the framework of the project, 15 measures were developed which contain recommendations for improvements and adaptations to the semi-trailer, the pocket wagon, and the infrastructure. “A smooth intermodal transport of the future can only succeed if all parties involved along the intermodal chain work together,” explained Karl Fischer, Managing Director of LKZ Prien. 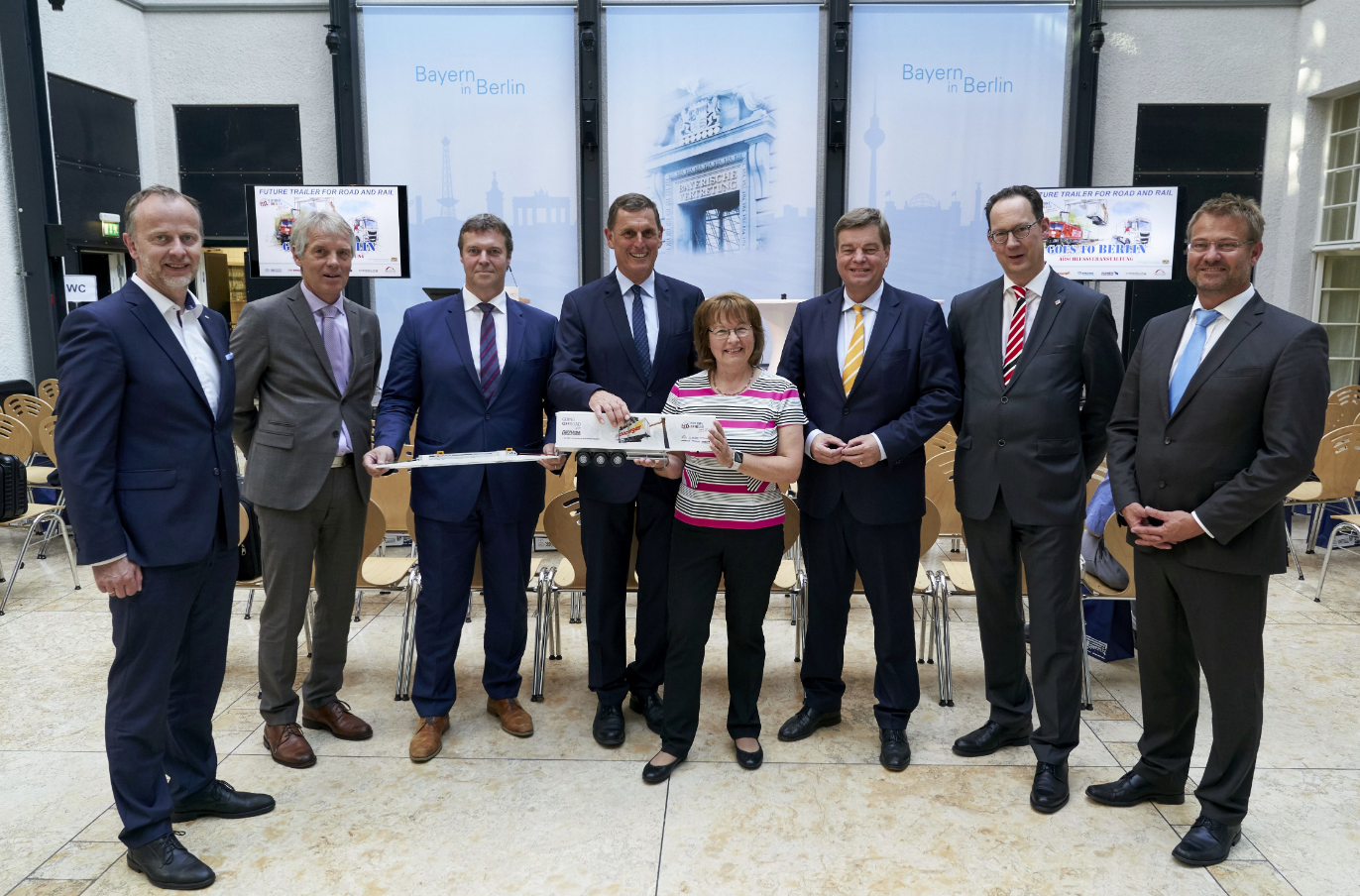 With the tightened framework conditions for road freight transport, the Future Trailer is intended to make a significant contribution to promoting greater networking between the individual modes of transport. Fischer: “With the Future Trailer, a standard loading unit has been further developed to be rail-compatible so that a decision can be made in future to flexibly dispose of the semi-trailer by road or rail”. According to the co-initiator of the project, Thomas Eberl, Managing Director of Zitzlsperger, Future Trailer will thus enable transport companies to gain easier access to the rail market in the future. Two Future Trailers were already presented at the Transport Logistic 2017 trade fair, which have since been used in the daily operations of the Zitzlsperger forwarding agency.

The next step is to further improve the Intermodal wagon. LKZ Prien has already set the course for this with the “Future Intermodal Wagon” project. The project is supported by the Bavarian State Ministry of Housing, Construction and Transport – as was the case with the previous project. “With the Future Intermodal Wagon project, the measures from Future Trailer will be further developed and new solutions will be developed for the pocket wagon of the future,” said Fischer.