Sometimes in life we have to make choices. This is also true for the question: “Do we as European citizens, policy makers and logistics leaders envision a future road network, for which we allow 25,25m long trucks weighing up to 60 tonnes to operate?” At Combined Transport the answer is a clear NO! 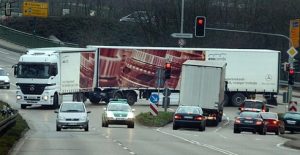